Not being too fussy about colorschemes in Vim, and spending much more time in terminals on various machines rather than being able to use a GUI wrapper with Vim for full color, I stuck with desert256 for quite some time because it was one of the defaults, worked pretty much everywhere, and looked sensible for most of the languages in which I write. I have found a few things that I wanted to change though, in particular completely removing the clunky color-approximation code that never quite worked right for me. I’m calling my fork Sahara.

These are mostly pretty subtle changes, but if you use gVim or a 256-color terminal as well and you like the way desert256 works, this could possibly be of use to you. There’s a Git repository for it. 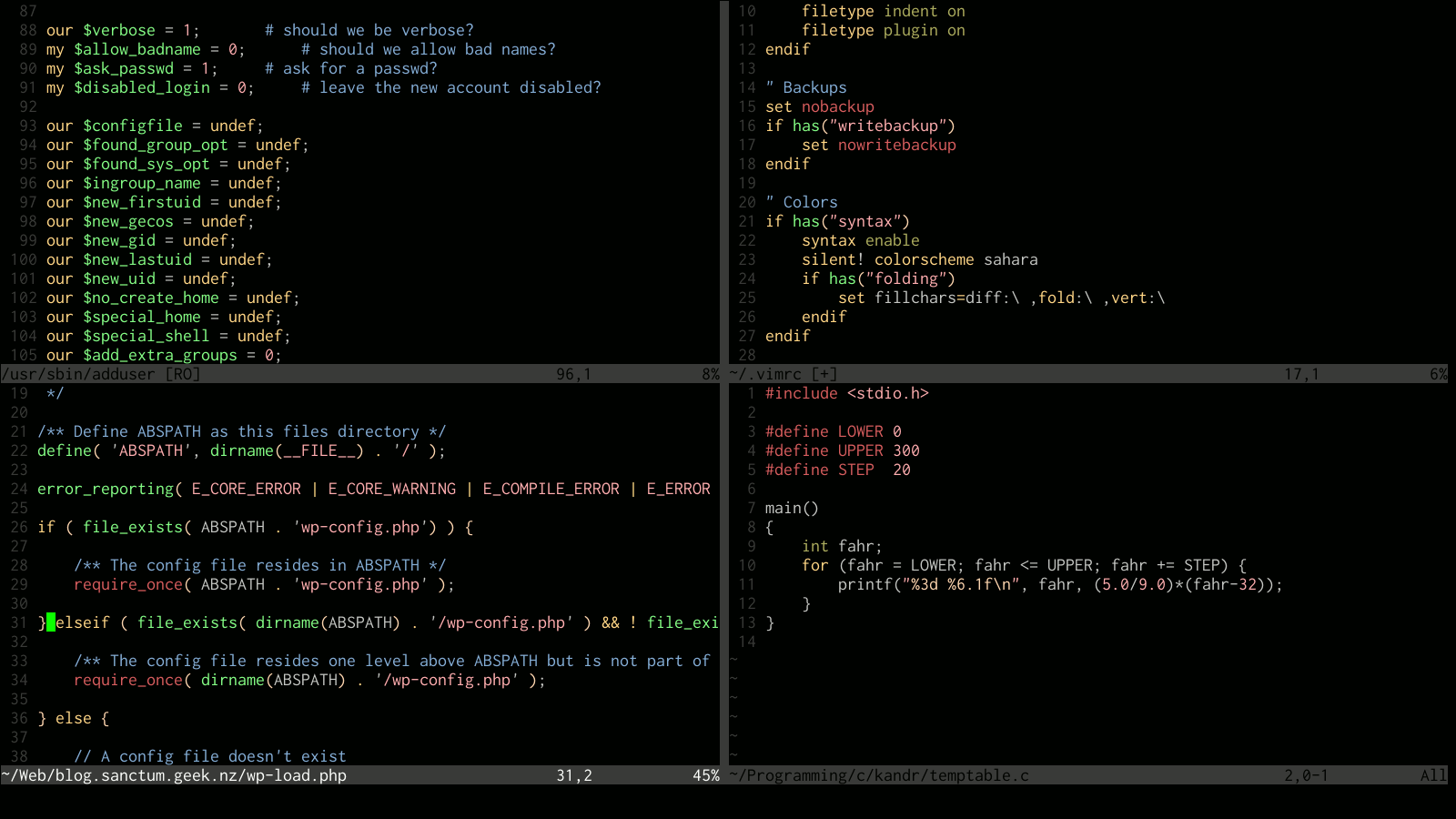