watch is one of those Unix tools which does something very simple, but combined with other tools has a myriad of uses. While there are a few useful features or switches for watch, its central concept is simple; it runs something for you repeatedly, and shows the output on the screen.

The reason this becomes so useful in a system administration context is that when used with a terminal multiplexer, watch can be used to track the progress of any particular task, or to monitor system resources, as you work and change things. Some examples of simple but useful monitoring tasks are:

Of course, it’s not a terribly good use of an administrator or developer’s time to just sit there and watch these change, particularly if you want to make changes to the system or application and see how they affect the results of your monitoring. This is where a terminal multiplexer like tmux comes in handy, for putting instances of watch and other more complex monitoring tools like htop or tload into independent panes of a terminal window so you can work as you watch them. 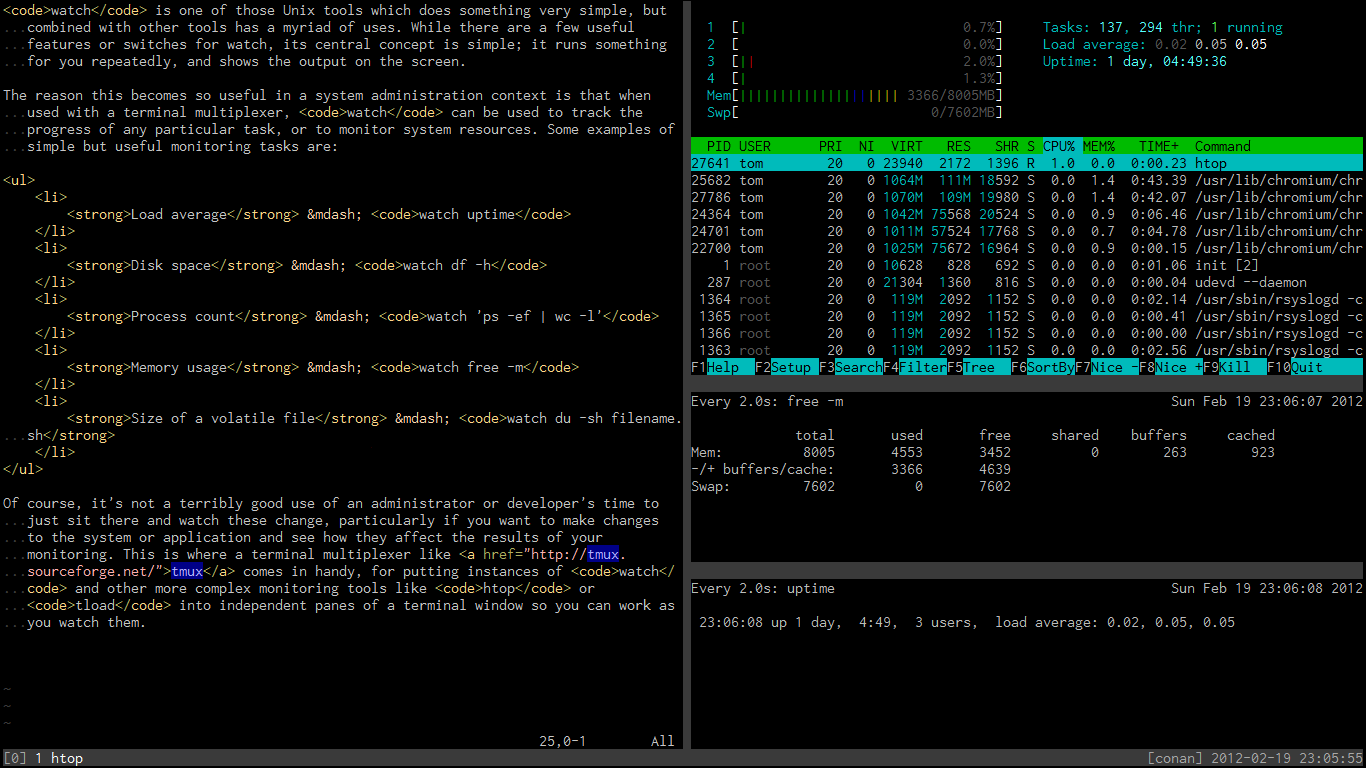 You can set these windows up using the usual key combinations, but if you have a long string of text or a known command that you want to start running in another window, it’s often easier to call the relevant tmux commands directly from the shell:

This will split the window into two parts, and run watch uptime in the new one, while leaving your cursor in the original window.

If you find yourself doing this often, you could make it into a shell function in your .bashrc or similar:

You can then quickly run things like the following, as a kind of general method to background a monitoring or long-running task quickly:

Thanks to user WishCow for pointing out an error in the comments.